Why Is My Outdoor Tankless Water Heater Rusted

In Brief: Why Is My Outdoor Tankless Water Heater Rusted

An outdoor tankless water heater can become rusted if there is some problem in the heat exchanger. A damaged heat exchanger causes leaks that lead to corrosion. If the heater runs on gas, another source of rusting is condensation in the vent pipes. Other causes include poor installation and high iron content in the feed water.

Since they don’t store water for long periods, they are much less vulnerable to rusting. Nevertheless, since they do get exposed to water and moisture, they too can get rusted.

If your outdoor tankless water heater is rusted, there could be four reasons why that happened. The following points make these reasons clear:

The heat exchanger may be damaged 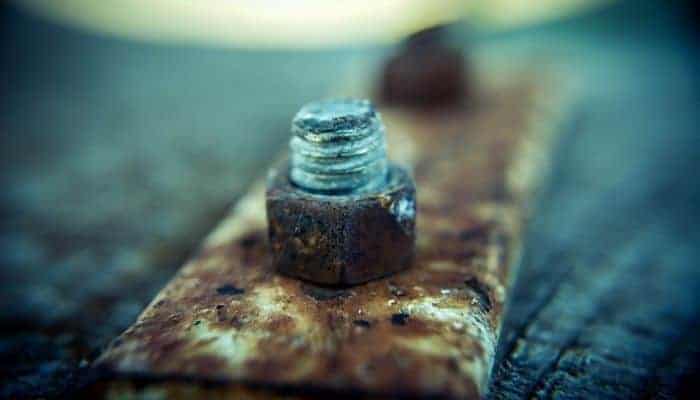 The heat exchanger is a tube where the water gets heated before it flows out of the faucet. If your tankless heater runs on gas, this tube will pass on top of the burner.

If it is operated by electricity, it will contain the heating element. Sometimes, this tube gets rusted because of exposure to water. If it gets too corroded, it can even rupture, causing leaks.

This can further rust other parts of the heater and force you to replace the entire unit. It is advisable to get the heat exchanger looked at annually by a professional to check for any damage.

The vent pipes could have corrosion

Another source of rust could be the vent pipes. This is only so if your tankless heater is gas-operated as electric tankless heaters don’t require venting.

The vent pipes push the hot vapors produced in the combustion of gas to a safer location. Sometimes, on the way out, the vapor cools down because of the surrounding surface temperature.

The cooled water molecules caused by condensation may corrode the vent pipes. Rust is something that spreads easily once produced.

Perhaps the corroded vent pipes spread the rust to the rest of your outdoor tankless water heater. This rust can destroy control circuits or even block the burner assembly.

If your tankless water heater wasn’t installed properly, that could have caused this problem. If it is a non-condensing gas tankless heater, it requires category III vent pipes for smooth operation.

It could be that the person who installed the system was not aware of this. Unknowingly, they may have used a more reactive metal for the vent pipes.

Another problem could be with the installation of the heat exchanger. If it is poorly assembled, it may cause leaks that lead to rusting.

To prevent these issues, only purchase tankless heaters from authorized retailers and get them installed by a licensed professional.

The water quality of your area may have some issues

One more probable cause for rusting could be the quality of the water in your area. Sometimes, the water’s chemistry may be more prone to corroding appliances.

In such a case, the appropriate local authorities need to be informed so that they can take necessary action. You can find out if this is the source of your problem by speaking to your neighbours.

Investigate whether the rusting is a common problem in your area. If it is, then most likely the issue lies in the water itself, and not your outdoor tankless heater.

If your outdoor tankless water heater has rust on it, there could be four causes for it. There could be some problems with the heat exchanger within the unit. Otherwise, if the heater runs on gas, there might be corrosion in the vent pipes.

Sometimes, the poor installation of the heater leads to such problems. Another cause for rusting could be the quality of the water in your area.

Consult your neighbors to check if the problem is common. Prevent rusting in the future by getting a professional to check the heater components every year.