Propane vs. Gasoline Generator : What are the Differences?

In Brief: Propane vs. Gasoline Generator

Both propane and gasoline generators offers a different set of advantages and disadvantages. However, propane generators are preferable if low noise, longer fuel shelf life, contingency in emergencies is vital for you. Generators are superior if you want highly portable, power-efficient, low priced units.


Generators are the devices that convert the mechanical energy to electric energy, usually by combusting fuels.

They are high backup devices when you are experiencing a power outage or need extra power to use specific tools.

But depending on the fuel type you use for your generator, its price, performance, life span, everything differs. So it is essential to choose wisely which fuel type generator best fits your needs.

In this article, we will prominently discuss the differences between propane and gasoline generators and help you decide which one meets your requirements the next time you consider buying either one of them.

As the name itself indicates, a gasoline generator unit runs on burning gasoline while propane generator works on combusting propane gas.

In this section, we will dive deep into various aspects of both of these generators.

But before that, here’s a small comparison table for your more fundamental understanding. The details of all these parameters are discussed later in the research article –

Gasoline is one of the most common fuels used and very easily accessible throughout the USA.

If your home has a natural gas pipeline supply, you can easily use it to fuel up your generator.

But the problem with gasoline is it cannot be stored for more than a year, and it is highly combustible. It is also often difficult to get gas or natural gas supply through pipelines during natural calamities.

Propane is readily available throughout the USA at many gas stations, hardware stores, and dedicated propane suppliers.

The significant advantage of propane generators is you can store the propane in tanks making it readily available for emergencies.

But first, you have to install the required plumbing between the propane tank and the generator unit. 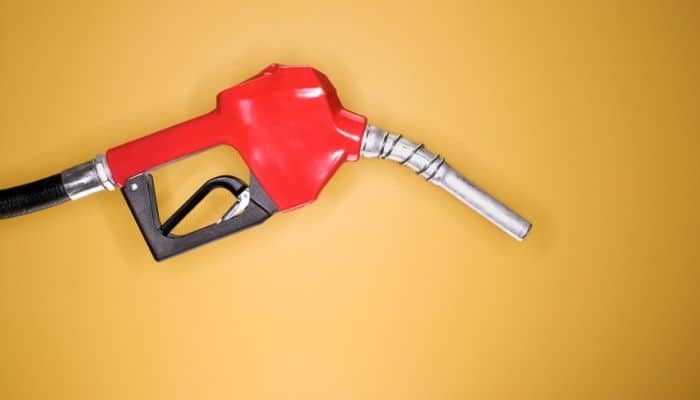 The purchasing cost of a propane generator is higher than gasoline units around 15 to 20% more, especially in sizes larger than 30 kW.

Gasoline generators are very affordable, and it is one of the most significant benefits of gas models.

Depending on the specific model and features, necessary portable gasoline generators can range anywhere between $500 and $4,000 or more.

Gasoline can start to degrade after a few months of storage without stabilizers. The maximum shelf life of gas is around 12 months.

Ideally, you need to replace the leftover gasoline in the tank every six months if you want it to be fresh.

Propane has a longer shelf life than gasoline, and you can store large volumes of propane for extended periods.

Because of the propane’s longevity, there is no need to buy expensive stabilizers to keep it from going bad.

Gasoline is usually cheaper than propane, and hence the running costs of gas generators are less comparatively.

Propane generators are usually bigger as they come with a storage tank.

This limits their portability. Comparatively, gas generators are smaller and portable as they use on board-tanks.

Compared to natural gas, propane can produce almost double the amount of energy per cubic foot.

Due to the lower energy density, you need to run propane faster than you will gas a model, which is called fast burn.

Because of fast burn, propane generators are less efficient than gas generators as propane models can produce fewer BTUs per gallon of fuel. 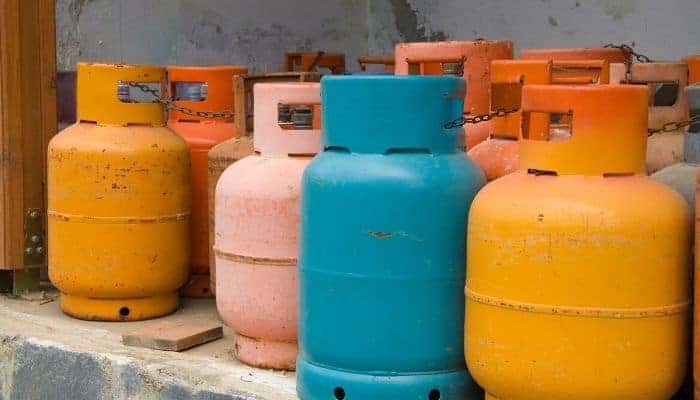 For gas-based generators, the fuel is stored in the in-built tank, which can hold up to a few gallons. The generator can run only a few hours based on the fuel in the tank.

Whereas for propane generators, the storage tanks come in many sizes, and some can even hold up to 120 gallons and above.

Depending on the load, a propane generator can run-up to a few days on the fuel existing in the tank.

Generators are known to be quite noisy devices, while propane generators produce less noise compared to gasoline units.

If you don’t use a gasoline generator for months, it will be filled up with contaminants and carbon, affecting the performance of the generator the next time you use it.

A propane generator doesn’t get contaminated and keeps your generator contaminants and carbon-free even you don’t use it for more extended periods.

Since there is no carbon deposit build-up like gasoline generators, propane generators have fewer start-up issues and almost instantly start when you want to use the system.

Climatic conditions have some effects on the fuels you use for your generator making them ineffective in working in such circumstances.

During frigid winters, the regulator on a propane tank is vulnerable to freezing. Hence it is not a good idea to use propane units in cold temperatures while gasoline is reliable in such conditions.

You also have to consider various natural disasters prevalent in your area before selecting the generator type.

It is very dangerous to store gasoline in areas where wildfires or bush fires are frequent. You need to take certain precautions if you want to use propane units in earthquake-prone regions.

Gasoline deposits carbon in engine and exhaust, which needed to be cleaned regularly. They also leave residue in the system parts and fuel lines.

Propane doesn’t have any of the above issues and hence needs comparatively less maintenance and maintenance costs.

Propane is a clean-burning fuel, and the combustion of propane produces a meager amount of harmful Carbon Monoxide (CO) compared to gasoline.

On the other hand, gas does not burn cleanly and release excess amounts of CO into the environment, which can cause suffocation, is poisonous for plants, and dangerous to human beings.

Hence, propane generators are deemed to be environmentally friendly than gasoline models.

Fuels like gasoline are highly flammable and are usually stored open. Because of this, there is a high risk of leakage and can be hazardous.

On the other hand, propane is much safer as it is stored in closed tanks or bulk cylinders and also poses minimal risk of leakage.

But you have to make sure it is stored away from the source of ignition and non-flammable surface.

The safety valves used with the propane tanks can trap fumes while gasoline or diesel storage tanks do not.

Gasoline is also highly volatile, and there is a high chance of evaporation. At the same time, propane is considered as a green fuel in the unburned state, and evaporation of propane poses no environmental hazard.

Propane generators’ have very complex inside mechanics and are more challenging to diagnose the problem and fix it in emergencies.

Further, the fuel system is complicated in propane models and prone to failure easily.

One of the most significant drawbacks of propane a generator is they are known to have a shorter life expectancy than diesel or gasoline models.

Between an equally maintained propane generator and a diesel generator, the diesel one lasts longer than the propane one.

But, they are highly-priced, less portable, and are not capable of producing very high power output.

It’s hard to say which is better than the other as both of them have a different set of benefits and limitations.

In this article, we have done our best to explain the critical differences between propane and gasoline generators along with their pros and cons, and we hope now you can decide which is the best one for you.

Richard is a senior writer at Mechanicology and has an overall experience of 15 years in writing on power, gadgets, and electronic appliances related topics. He holds a degree in electronics engineering.