Most of the people are familiar with the V4 and the V8 engine models. However, Ford introduced the 6.8L V10 engine for the first time in 1997.

It is available in two variants, which are the 2-valve and 3-valve variants. The 3-valve version came into existence in the year 2005.

The following section of the article includes reviews of some of the top performance tuners that can optimize the Ford V10 engine for enhancing its performance even further.

There is also a section in this article for answering some of the frequently asked questions about tuning the V10 engine.

Here’s a comparison between Best Tuners for Ford V10 engine:

Reviews of the Best Tuners for Ford V10 engine 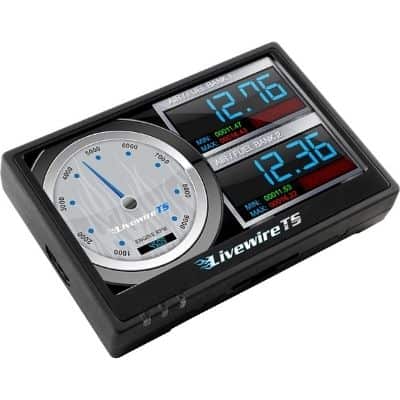 SCT Performance is one of the oldest players in the market for automotive tuning.

The Livewire performance tuner is their latest development that is chock full of all the needed features that a performance enthusiast can dream of. 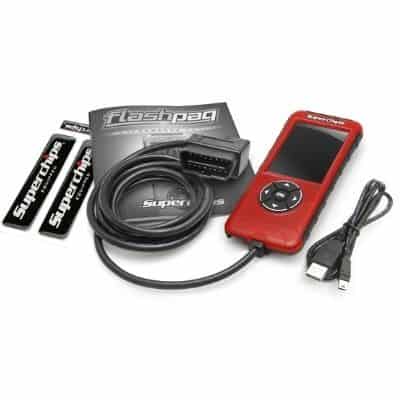 This Superchips performance programmer is a part of the Flashpaq series that allows the user to derive maximum drivability and performance from the engine in terms of horsepower and torque without putting undue pressure on the OEM components.

Check out this Superchips performance programmer in action in a quick video at:

It is one of the most sought after and advanced products in the automotive tuning industry owing to its compatibility with a wide range of engines.

Check out the features of the Trinity T2 performance programmer in a quick video at: 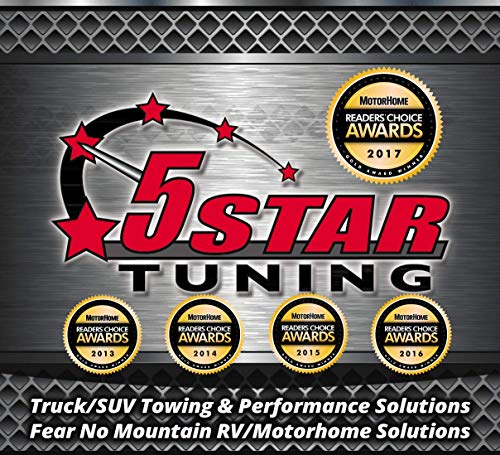 SCT Performance has delivered a wide range of performance tuners to the market. However, there are few which match the versatility of this model, which is compatible with the 5.4L, 6.2L, 6.7L, and 6.8L engines.

Check out the features of this SCT performance tuner in a quick video at:

Will tuning void my warranty?

Tuners or programmers do not make any physical alterations to the vehicle’s engine. Therefore, any tuning changes cannot be detected by the naked eye. However, if one were to carefully inspect the vehicle’s ECU, the changes can be identified due to changes in the checksum or by comparing it to a non-tuned ECU. There are tuners that make provisions for resetting the ECU back to stock settings.

Is the remapping of the vehicle’s ECU legal?

Modifications to the engine’s ECU primarily involve changing the settings to get higher performance and power from the engine. This is not illegal as long as the product does not tamper with the emissions systems of the vehicle. This is so because there are strict norms regarding emissions in different states. Any changes to this can lead to a violation of rules and result in a penalty.

Is tuning safe for the vehicle?

Tuning involves optimization of the engine to get higher power while maintaining drivability. This does not mean that the engine will be pushed beyond all limits. The optimization happens within set limits keeping in mind the sustainability of the tweaks made.

What is involved in tuning or remapping of the ECU?

Since all the vehicles in use are produced in a factory on a mass level, there are certain restrictions put on the power and settings that are configured in the same manner for all engines. If the owner of the car wants to get a higher degree of customization and more control over the vehicle, then they can make modifications to the engine as needed by tweaking the required settings, which are stored in the ECU (electronic control unit). This allows for more exceptional drivability and control over the car.

Can I store the original factory settings before tuning?

There are some tuners that provide provisions for storing the original stock tune file. This allows the user to revert back to the factory settings in case they do not want to continue using the tune. However, all tuners do not provide this capability. You should check carefully before tuning lest you end up with a deleted truck.

The Ford V10 engine was first introduced in 1997, and since then, it can be estimated that there have been 750,000 to a million of these in production and circulation. This makes it fairly common in regular use.

Therefore, there was a significant market for tuners of this engine. Significant companies like Superchips, SCT Performance, DiabloSport, etc. to name a few have developed tuners to cater to these engines for optimizing their performance.

Have a quick read through this article to gain an understanding of the qualities that are expected in tuners and which ones are the best in the market to make the correct choice for your vehicle.

I am Ronald, the car enthusiast. I have been in love with cars ever since I was a child and now I own three of my own. Folks will often find me tinkering away in my garage on one of them - or maybe all three! It is always good to keep your skills honed so you are prepared for any eventuality. Often times I'll take off on adventures that might take me through the mountains or across the country. The best part about driving is meeting new people along the way and getting to know different cultures and ways of life from state to state, country to country.