The 7.3L Powerstroke engine by Ford belongs to the Navistar T444E family of engines. It is fitted with a single, wastegated turbocharger and went into production from mid-1994 to 2003.

Tuning of the 7.3L Powerstroke engine will help in getting considerable gains in the power while also keeping in mind fuel economy and mileage maximization.

While there are a lot of aftermarket accessories that can be added to the vehicle to get more power, the tuning process is the best way to go.

There is a whole lot of difference that one will be able to note when they drive a tuned vehicle as compared to a regular one.

The following section of this article reviews some of the top performance tuners that can be used on the 7.3L Powerstroke engines to get the best performance out of them.

Reviews of the Best Tuners for 7.3 Powerstroke 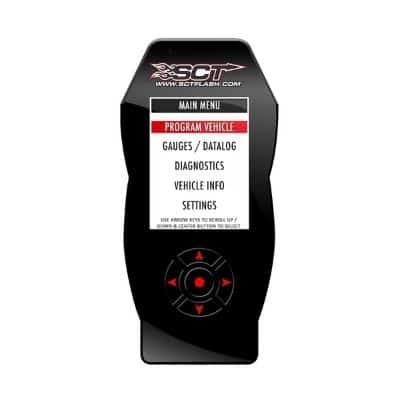 This performance tuner not only tunes the engine but also acts as a data monitor and a scanning or diagnostic tool as well. The tuner can keep an eye on the real-time performance of the engine and save log files.

It can also read the engine DTCs and alert the driver of any trouble with the engine so that it can be sorted immediately.

Check out the features of this performance tuner by SCT in a quick video at:

Some of the critical features of this performance tuner for the 6.7L Powerstroke engine are listed below.

This particular model provides support for the 1994 to 2003 models of the Ford 7.3L Powerstroke engine.

Check out the features of this performance chip in a quick video at:

Some of the key features of this performance tuner for the 6.7L Powerstroke engine are listed below. 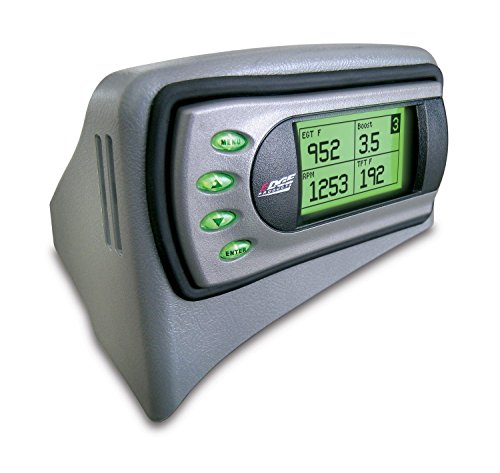 Although one of the older models of programmers developed by Edge, the 15001 Evolution programmers is packed with all the features that are needed for tuning the 7.3L engine.

As the name correctly suggests, over the years, Edge products have revolutionized the technology it uses in the creation of these programmers.

Some of the critical features of this performance tuner for the 6.7L Powerstroke engine are listed below. 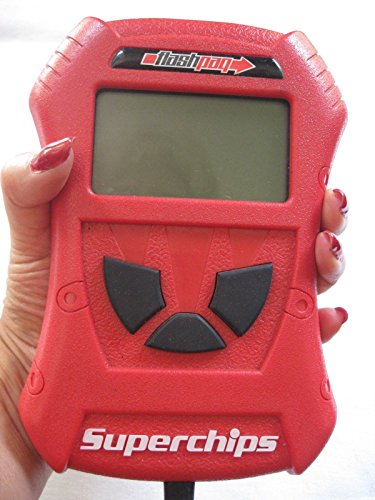 Even though it was launched in 1999, the tuner was made compatible with the Internet to support quicker downloads and updates, making it way ahead of its time.

Some of the key features of this performance tuner for the 6.7L Powerstroke engine are listed below.

Can I use the same tuner for gas and diesel engines?

In several of the models that are available in the market, the specifications of whether the tuner can be used with a gas or a diesel engine are mentioned. There are a few tuners that can be used with both. Then there are few which can be customized according to the octane of the fuel used by the engine.

Will I need to service my car more often after tuning?

The frequency of service entirely depends on the requirements, as stated by the manufacture. Tuning does not really affect the rate of the same. In fact, only when any of the high-performance tunes are selected, the user may need to change the oil more frequently.

Will my vehicle still comply with the emission norms of my state?

All the tuners or programmers that are available in the market are specifically needed to comply with the emission norms. They are not allowed to tamper with the vehicle’s emissions systems in any manner.

Can vehicles that run on LPG be tuned?

Again, this is specific to the tuner model. The manufacturers will inform the buyer about the kinds of engines and fuels that the tuner can work with. In most cases, regular fuel, premium, E85, diesel, etc. tuners are available easily.

What kind of an increase in power can I expect after tuning?

Some of the performance tuners come with professional developed dyno-proven tune files that state the exact gains which can be expected in the torque and the horsepower of the engine. The specifics of the same can be found in the user manual and will vary from one model to the next.

With the right tuner or programmer, almost all kinds of customizations and tweaks can be made to an engine.

Once you’ve experienced the power of a performance tuner, there will be little else which will match your needs in a similar economical fashion.

While there is a lot of options available to enhance the performance of your car’s engine, it is a priority to choose the one which is best for sustainably meeting your needs.

No matter what your requirement is, you can rest assured that there is a performance tuner out there for you. It is one of the smartest and cheapest ways to derive maximum benefit from your vehicle without expensive physical modifications.